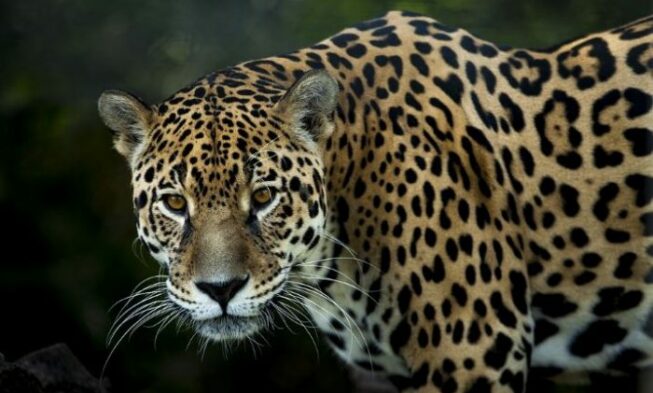 Animals that start with J – Talking about the animals seems never to end. Despite their actions and behaviors that are really cute and fun, many of them have unique characteristic features that we may have never imagined before. Yes, in fact, there are thousands and even million species of animals in the world.

Many of them are even still not named and identified. Well, if you are fascinated to learn more about them, here is the list of animals starting with J along with the brief descriptions. What are they?

Jellyfish is an invertebrate marine creature that is included in the phylum of Cnidaria and class of Schypoa. There are some other groups of animals that are very similar to the jellyfish but actually not the part of them like Ctenophora and Cubozoa.

Generally, the jellyfish has a length of around 2-40 cm. But there are some sub-species in which the length is up to 2 meters. This animal is found in the ocean all around the world. However, they are indeed not a kind of freshwater creature. For the foods, they eat Crustacean using the Nematosista organelles placed on the tentacles.

Japanese macaque is one of the monkey species from the family of Cercopithecidae. This Japanese endemic animal is also often called as the snow monkey for their habitats within the snowy areas.

The body size is small enough but there is the big one found up to 1.3 meters. The foods of this animal are leaves, seeds, grains, roots, fruits, and any other plant materials. However, they are sometimes seen eating insects and eggs.

Jaguar is a typical big cat included in the genus Panthera. It is known as the third wild big cat after the tiger and lion. Without the bigger rivals like Asian tigers, this animal is even claimed as the biggest cat in the western hemisphere.

Jaguar is a predator with a very strong bite so that it can even crack the tortoise shells that are known for being extremely hard. In nature, they live by eating some animals like the deer, dogs, fox, snakes and some water animals.

Jungleffowl is a general name for a non-flying wild bird from the genus of Gallus. The animal is widely found in the areas of India, Srilanka, and Southeast Asia. The animal is closely related to the domesticated chicken. Meanwhile, the sub-species is highly various with differences in term of the size and colors of feathers.

Junglefowls are all eaters although their favorite foods are the seeds and grains. They live in couples or small colonies. In the spawning season, the females make a small nest on the ground to lay the eggs until hatching.

Jackal is a common term to mention the omnivorous mammals from the genus Canis. It has the medium size and it is still in the same group with the other similar animals like wolves and coyote. Although they are omnivorous, they are well-known predators for some animals like rabbit and small-sized antelopes.

Jackals are monogamous animals. They have unique habits. One of them is marking the landmark using the feces and urine. The territory of the landmark is even quite large and it means that the rivals cannot simply enter it.

Javan Rhinoceros is one of the 5 rarest Rhino species in the world. It has been enlisted in the Critically Endangered Animals list of IUCN. The animal is in the group of family Rhinoceritidae and included in the same genus with the Indian Rhinoceros. The physical appearance of Indian and Javan rhinos is really similar but Javan rhino is a little bit smaller.

In nature, the lifespan of this animal is around 35-40 years. Meanwhile, the habitats are on the lowland of the tropical rain forest. Javan Rhinoceros is a herbivore that eats many types of plants and the materials particularly the buds, twigs, leaves, and fruits.

Jerboa is a small mammal from the desert area. It is classified in the rodent group with a good ability of jumping. There are around 30 sub-species of jerboa and most of them have similar characteristics. This animal is basically quite similar to the rat with the small size. But just like the kangaroo, the legs are long as well as the ears and the tail.

Unfortunately, the habitats of Jerboa are much reduced in the last decades due to human activities. In general, jerboa is widely found in Asian deserts in the areas of Mongolia and China. Some of them are also seen in North Africa.

Jabiru is an endemic crane of the tropical rainforest of the Central and South America. Uniquely, this animal spreading is not found in the western area of Andes Mountain. The bird is able to grow up to 1.5 meters as well as the wingspan of more than 2 meters. Other characteristic features are the black beak and the white feathers covering the body.

Jabiru loves living near the water source like the surrounding of the lake and river. It eats the smaller animals including the birds and insects. When it has been adult, the bird commonly inflates the neck.

Jaguarundi, also known as Puma Jaguarundi, is a type of wild cat and the native of the Central and South America. The size is quite small, almost similar to the domestic cat. Due to the decrease of population, IUCN started to concern with this animal starting from 2002.

Jaguarundi is a carnivore with some main characteristic features including the light brown fur. Meanwhile, a few of them is also found in black, grey, and foxy red. This animal is more active in the day than at night. They spend their spare time on the trees. While the hunting time is coming, they climb down to the ground.

Although this insect has Jerusalem in the name, this is actually a native animal of the western USA and some parts of Mexico. It belongs to the family of Gryllidae and it covers around 20 species with similar shapes.

In general, the body of the animal consists of two parts; they are the head and the body. Meanwhile, the body also has some segments along with three pairs of legs attached to it. The entire body is brown and it is covered by chitin. Jerusalem Cricket is a nocturnal animal and it eats the dead organic materials.

Jumping spider refers to a group of spider in the family of Salticidae. More than 6,000 species are included in this group and considered the largest family of the spiders. Just like the name, the specialty of this animal is jumping. Interestingly, it also has many other abilities including in term of hunting and navigation.

The habitats of the jumping spider are various but mostly they are found in the tropical rain forest areas. This spider is carnivorous but they can also eat some other matters including the nectar.

Junco is the name of the genus of the native birds of North America. The genus itself covers around 12 species with various characteristics. But in general, the birds of junco have a relatively small body size with some common colors including grey.

Junco often migrates from one area to another. Therefore, there are some groups of the bird seen in the areas of South America. Based on some research, the birds’ movement is caused by the season change in which they intend to avoid winter. Meanwhile, they eat mainly seeds and insects.

Jay is the name of a medium-sized bird in the family of Corvidae. This species is known for the colorful feather colors and the noisy voice. The bird is also closely related to the crow although the physical appearance looks more attractive. Meanwhile, some other species with the closeness to this bird are the Eurasian Jaw and the Green Magpies.

There are many sub-species of Jay and some of them have still not identified yet. Although the birds are very common to see around, the further research regarding Jay is still limited. More than that, the evolution and the relationships of this animal are quite complex.

Jacana is one of the big birds from the family of Jacanidae. It is identified with its long legs as well as the big claws. Their balance is very good as the animals are able to stand up very well on the water plants commonly floating on the lake.

The other physical appearances are the brown fur particularly on the areas of the wings. Meanwhile, the middle parts of the body, including the neck and head are white. Jacana is considered one of the most unfaithful animals. They do the swing partners. 15. (ONPRCS)