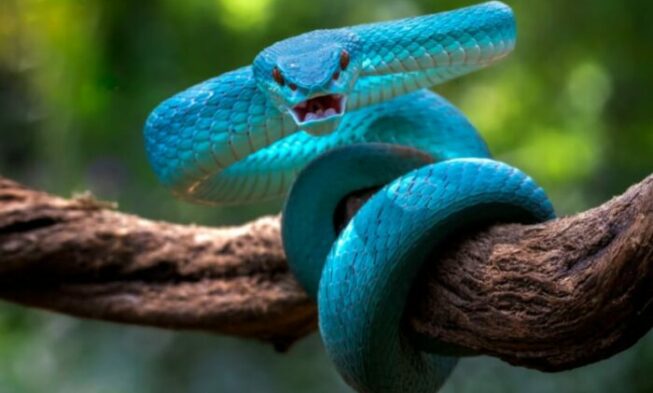 Animals That Start With Letter V is varied and spread all over the world. You can find exotic and unique animals. There are dangerous animals that are venomous and found all over the world, such as Viper, or exotic animals such as Vampire Bat that suck blood from their prey.

Which one that you most love it? There is a subtropical bird that is beautiful and the cutest rabbit that is also endangered, and as humans, we need to protect and conserve this natural heritage.

There are some that live in their native, and some are spread in over the world. Here is the list of an animal with a V letter that you can find when visiting the countries.

A vulture is a bird that lives in the tropics and subtropics. There are 7 species included in New World vultures, and there are 15 Old World Species.

Some of the members from Old World vulture and the entire member New World Vulture have a bare head. This bare head will prevent the feathers from matting when they are, reaches the insides of carcasses.

Most vultures’ members have a big pouch in the throat, and this bird is able to go for long periods without food.

This bird has high adaptation with feast and famine scavenging life. This bird is widely spread, but the bird is absent in most of the oceanic islands and in Australia.

Most of the vultures’ members are inhabited in open country and often roost in groups in areas of tall trees, cliffs, and in the ground.

Vole is a small rodent that like a mouse that classified into a family of criticidae. Vole lives in a wide range of habitats, starting from sea levels into high mountains.

In North America, the voles’ habitat ranges from Alaska southward into the Mexico mountains and in Guatemala. In Eurasia areas, the vole can be found in the British Isles and across to Asia and Europe, Japan, China, and Taiwan.

The African voles are only found in coastal Libya that is located in an isolated population.

The habitat of voles is treeless tundra prairies; several types of forests include the cloud, coniferous and deciduous, semi-deserts, alpine and subalpine meadows, and steppes.

Some of the species of vole are nocturnal, some are diurnal, and some others are active during night and day.

Vicuna is the smallest species of camelids. Vicuna is subspecies of the camel that is close to a llama, guanaco, and alpaca.

Most of the vicuña subspecies are found in Peru. A smaller number of vicuna can be found in Bolivia, Chile, and Argentina.

Vicuna is a wild animal and temperaments. The life expectancy is about 15-20 years old. The shoulder height is about 90cm, and the weight can reach up to 50kg. When this animal is in danger, the camel will emit a high and clear whistle.

Vicuna has been hunted and killed for their wool and meat. Vicuna is protected in South American countries.

Vicuna will mark their boundaries territories with communal dung heaps. This animal travel in small bands of females and will lead by a male that will defend the territory.

The Vampire Bat is a small species of bat. This species is native to the tropics in South America and Central.

The Vampire Bat is able to adapt to the climate if humid and dry. Different from most of the bats where they are nocturnal, the Vampire Bat is active and spends the daylight roosting in caves, mines, hollow trees, and in a derelict building that can reach up to 1000 in a colony.

Vervet Monkey is included as Old World Classification. Vervet Monkey has a unique appearance that separates them from other types of Monkeys found in the world.

The Vervet Monkey has white fringing on their black face that makes this type of monkey identified differently from another monkey.

The rest of their body is with gray shade, and the males are typically larger than their females. The males can reach 8-18 pounds, and females weigh about 7-12 pounds, approximately they can reach up 1 ½ foot long.

The habitation of Vervet Monkey is spread over to areas in Africa, Somalia, Ethiopia, and other common areas.

These monkeys are not found in the western part. These are animals that are very social, and each group considered can reach 40 members. They are highly adaptable and able to live in cultivable areas and in terrain areas.

Volcano rabbit is the second smallest rabbit in the world. The body length ranges from 23-32cm, and the weight reaches 600 grams.

The volcanic rabbit is able to found on volcanic slopes in Mexico. The rabbit has a restricted range, and most of them live in pine forests.

They live in a group of 2-5 rabbits and them mainly active from dawn to evening. They have short legs and are aware of danger with their high-pitched whistles when danger comes. The lifespan is 7-9 years old.

The volcanic rabbit is considered an endangered species. The pine forests of volcano rabbit’s inhabitants are frequently compromised for the development of agricultural fields, human structures expansion, and also excessive grazing as livestock animals.

Viper is the venomous snake that belongs to 2 groups, Old World Viper and Pit Vipers. This snake eats smaller animals and hunts their prey by the strike and envenoming them.

A viper snake is characterized by a pair of hollow, long, and venom-injecting fangs that are attached to the movable bones in the upper jaws.

This snake can reach a length less than 25 cm (Namaqua dwarf viper in southern Africa) and the 3 meters lengthy in bushmaster species in Central America and the Amazon basin.

Viper is able to found in around the world and exception areas in Australia, New Zealand, North of the Arctic circle, island clusters such as Hawaii and Madagascar.

Viper is found in northern and colder climates. Viper can rotate their fangs together or independently. They can open their mouth 180 degrees. This wide-open makes them able to fold their fangs when this is not in use.

Virginia Opossum is a marsupial found in North America and also known as North America Opossum. This marsupial is only found in the North of Mexico. This animal is solitary and nocturnal, and the size is likely domestic cat size.

The lifespan from the Virginia Opossum is very short. The most reproductive females are average under a year of age, and there are only a few amounts that can live long enough for the breed in their second year.

The oldest documented Virginia Opossum is able to live 3 years old from Maryland.

Violet-Eared Waxbill is also known as Common Grenadier. This bird is easy to distinguish from the bird with its distinctive rump and purple face.

This bird lives in tropical and subtropical areas, including in shrubland and savannahs across southern Africa, including in Zimbabwe, South Africa, Botswana, and Angola.

This is the species from least Concern that has successful breeding and the amount of the population that are stable. This bird tends to live in an environment that has a dry thorn brush and open acacia woods.

The bird is loved in pairs. The bird is 5.5 inches in length, and the female has a narrower and paler band in their forehead.

Velvet Asity is a large bird and is able to be found in the rainforest belt in Madagascar. This is able to find in adjacent secondary forests on less than 400 meters and above 1600 meters elevation.

The species is included as Least Concern, where the populations are stable. The measurement is 14-16 cm in length, with plump and rounded tailless, short legs, and de-curved bill.

The variegated Squirrel is a well-known critter in Central America. The Squirrel is known in large and variable extreme species.

The Variegated Squirrel is an inhabitant in dry deciduous, secondary growth, plant areas, and evergreen forests.

This Squirrel is common in open woodland rather than inside mature forests. Variegated Squirrel is widespread in Central America, from southern Mexico into central Panama. The lifespan is 8-12 years in wild habitat and up to 23 years in captivity.