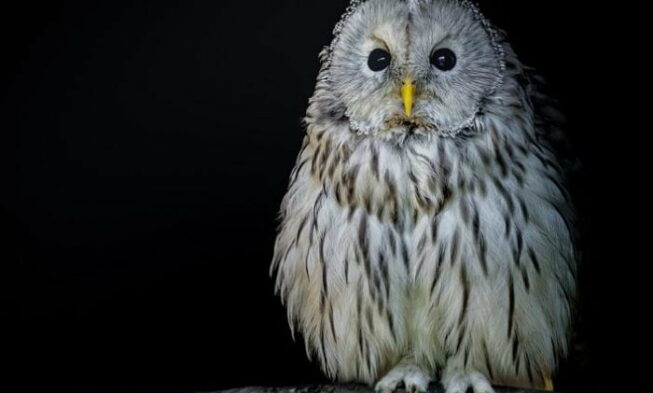 Solitary Animals – Just like a human being, some animals love to make friends and being in a group. They love to be a part of a group or in pairs for their entire lives. However, some other animals prefer to be solitude and being on their own.

This type of animal is called solitary animals. It does not mean that solitary animals are lonely and sad. They are just independent or self-supporting. And this is just how they are able to survive in a wild nature.

If you ever watched a character of Master Shifu in Kungfu Panda movie, that is a red panda. Even though this animal is called panda, it is not as big as a panda. Its size is only as big as a cat. It is said that red pandas are the shyest animals in the world and prefer to be accompanied by trees.

This is why this animal is included in solitary animals and difficult to breed. Added by illegal hunting, making the populations of red pandas are getting rarer.

This carnivore animal hunts at night. This is one of the reasons why Jaguar is included in one of the solitary animals. Jaguars hunt, live, eat, and walk around on their own. This animal is the third biggest cat in the big cat family after lions and tigers.

Moreover, Jaguar is the biggest cat in the whole United States of America. Most jaguars weight around 56 kilograms to 96 kilograms with their length 1.2 meters to 1.95 meters. The unique thing about this carnivore animal is that they leave their smells in order to mark their regions.

Tiger is one of the solitary animals. They even tend to avoid each other. Generally, tigers also avoid humans. This species is more active at night. Because of the high mortality rate of their children, the female tigers usually have one to two kids that live with their mothers until they get a year old or 2 years old.

This one of the four big cats is an opportunist hunter. They use any possible ways and chances to get their preys. They prey on almost all preys of various sizes.

This solitary animal has a lot of names. Puma is also known as a panther, mountain lion, mountain cat, cougar, and many more. This animal is only able to be found on the American continent. Puma is a nocturnal animal a.k.a an animal that is active at night. This might be the reason why this species is included in solitary animals.

When it hunts, Puma will stalk its prey first before it suddenly attacks its prey. Puma also has a great speed. It is reported that this animal is able to reach 80 kilometers per hour speed. The male Puma weighs about 210 kilograms while the female ones weigh around 64 kilograms.

All kinds of bear, from polar bears, black bears, to grizzly bears, they like to be solitude. It is said that bears are the most solitary carnivore animals on the planet. It is one of the natural characteristics of bears to be a solitary animal.

But, it does not mean that bears always live on their own. When it is the time to breed, they will try to find other bears, just like other solitary animals too. Mother bears will spend a lot of time with their children until they are prepared enough to be alone in the wild nature.

Who does not love a panda? This animal has a cute face with black eyes and white body that makes many people love it. The giant panda is included in the species of bears. Even though it is so, a giant panda is not a wild animal or carnivore because this species eat bamboos.

A giant panda is a solitary animal. But when the mating season comes, it will show its presence to other pandas by scratching a tree skin or mark a tree with their pees. Pandas will also scream as a sign that they are ready to breed.

Even though this animal has a peculiar look with its awkward legs, a moose is able to block a group of wolves. It is even called as the ruler of the forest. Moose is a strong animal, you are not suggested to be too close with it, especially when they are with their children.

This solitary animal has a lot of species, which are about 2.300 species. The unique fact about this animal is after they reproduce, the male praying mantis will be eaten by the female ones as the food source for their eggs. It is pretty scary, isn’t it?

Sea turtles are the animal that has a long life. This aquatic animal is able to live for hundreds of years. A sea turtle is a true sea traveler so that you are able to find this species even in the Mediterranean Sea, Indian Ocean, and also the Pacific Ocean.

A sea turtle is considered as one of the ancient creatures. It is because this animal is reported has been on Earth for more than 150 million years. Not only able to live for a long time but a sea turtle also able to get as big body as possible.

This solitary animal is adored because of its elegance and beauty. Leopard Geckos is included in a group of big cats that only meet others when it is the time of mating season or when they raise their children. For most of its time, Leopard Geckos prefer to enjoy its quiet time. After all, it does not need a group to hunt because of its speed.

But, they will find other rhinoceroses when the time to mate comes. Black rhinoceros is considered one of the most solitary animals on the planet. However, this animal is able to get along with the others if they are at different ages because they do not consider each other as a threat.

Badger is a mammal. This species is also known with many names such as common palm civet, house musang, or toddy cat. A badger has a medium size which the total length is about 90 cm, including its tail.

This animal is also a nocturnal animal, it is active at night to find foods and does other activities. During the day, this animal sleeps in wood holes or dark places under the roof. This animal is a solitary animal. It loves to live alone in the tree and wants to be accompanied by trees.

Fox is included in a group of dog. This animal is considered a smarter animal than any other animals. A fox is a carnivore animal and also a smart hunter at the same time. It preys on rats or rabbits. It a fox lacks meats, it is able to consume plants that are easy to find.

This species is able to adapt very well. Another interesting thing about a fox is that this animal loves to bury its foods. It buries its foods in unseen places and leaves a mark so that it can recognize the place well later.

However, aardvark is actually an insectivore that preys on insects such as ants and termites. It digs out the soil to find its preys by using its sharp claws and strong legs. This is why aardvark avoid rocky lands because they will find it hard to find its preys.

Who does not know koala? Koala is a solitary animal by nature. Instead of hugging another koala, this animal loves to hug a tree and sleep with it especially during the day. A koala loves to have a me-time and enjoy the calmness and quiet atmosphere.

Koala is also a territorial animal. It has its own territory and highly respects other koalas’ territories. When crossing each other areas, male koalas may chase, fight, and bite. A baby koala will stay in its mother’s back until it is able to be solitude on its own.

Tasmanian devil is a marsupial and also carnivore. It is given a name of Tasmanian because this animal is only able to be found in the island state of Tasmania, Australia. This animal has the same size as a small dog with a long tail.

This animal is known as a hunter animal. It also eats the remains of other animals. Even though Tasmanian devil does not live in a group, sometimes it eats together with other Tasmanian devils.

Ocelots are wild cats widespread throughout South America, including Mexico and Central America. Its fur has a similar look with jaguar’s so that many people illegally hunt it for its fur.

Owls are included as one of the solitary animals. They rarely to be in a group even with its same kinds. Because of this natural characteristic, you rarely see an owl perches on a tree with other owls. Do you know that owls have 3 eyelids? Every eyelid has its own function. The first eyelid is for blinking, the second is for sleeping, and the third is for keeping the eyes clean.

Platypuses are a semi-aquatic animal. It is a native animal of Australia. If you see a platypus, you may find it somewhat looks weird. It is because this animal has a beak like some types of birds. But actually, a platypus is a mammal.

For almost all of its life, a platypus lives as a solitude animal. Even though you are able to see it in pairs on some occasions. Such as when mother platypuses take care and stay with their children or when it is a mating season.