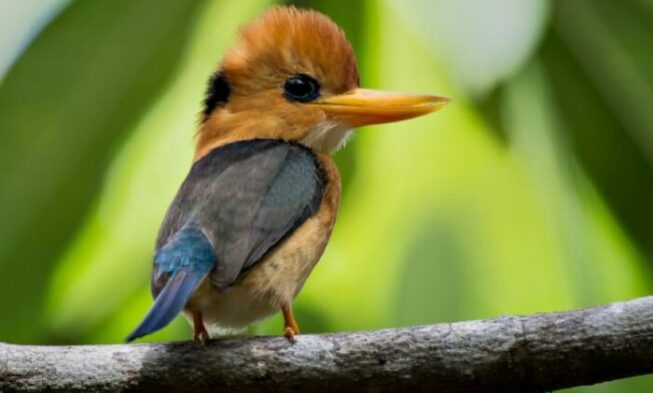 It is important to learn about their life cycle, behavior, and main characteristics, considering we also live in harmony with the animal.

On the other hand, animals keep this planet going, which makes you must keep them going too. Most animal names that start with Y are kind of rare to be heard. Some of them are even in Endangered conservation status.

In this article, we are going to learn about several animals that start with Y. You may hear their names just by now, and there are interesting pieces of information you need to read in this article.

We have summarized several kinds of animals, and this is your turn to learn about them so they can keep going with their life.

Yak has a close relation to bison and buffalo. Basically, there are two types of yak: wild and domesticated. They have different looks and sizes. Wild yak lives in the steppes and alpine meadows in central Asia.

Yaks could produce a huge amount of fatty meat, and people will hunt or breed this animal for their fur, dairy products, dung, and meat.

Even though the population of domesticated yaks is stable, the wild ones are nearly endangered due to excessive hunting and habitat degradation.

The male yaks can be as heavy as 2,200 pounds, while the females are three times smaller. They have a very thick yet wooly coat that covers their whole body.

They come in white, black, and brown color, depending on their species and breed. In fact, wild yaks have longer yet thicker fur than the domesticated ones, which makes them hunted by humans excessively.

The yellow baboon may be easily found in the central and eastern areas of Africa. They love to stay in gallery forests, open woodlands, savannahs, and scrubs.

Yellow baboon is a primate that dwells on the ground. In a group, there will be several male and female troops.

They will share so many activities together, such as traveling, looking for food, and also sleeping. They have a social hierarchy system as well and will rely on their own preference when it comes to feeding and mating.

This animal that start with y is a diurnal creature. They will also eat various food kinds like meat, insects, flowers, barks, buds, roots, fruits, grass, and many more. They can be simply categorized as frugivores.

This creature is small but long enough. When they are adults, they could reach 40 cm in length. It may also be considered the biggest girdled lizard you may find today.

They have a brown shade on their upper skin. Their numbers are threatened. Generally, they will only reproduce once a year, and they will only give as many as two newborns.

Habitat loss and land conversion make their population becomes endangered. Other than that, people love to trade this animal for a pet, which also leads to the degradation of the population.

This animal eats insects, and they love beetles. They are diurnal creatures and live in a colony.

They are called sungazers because you will easily find them sitting soundly at the burrow. When the winter is coming, they will hibernate and show up in May.

The yellow-eyed penguin is also considered as the noisy one among other species. You can only find them in New Zealand since this one is one of the rarest types.

The Penguins will breed near the southeast coastal area of New Zealand. Other than that, you can also ding them in certain areas in Campbell islands and Auckland near the Antarctic.

Their weight can be as heavy as 6 kg, and they are considered the fourth largest penguin in the world.

They have yellow eyes and bright yellow stripes that run across the eye to their back head. Males and females look alike though.

However, the males have larger feet and heads, even though you may not notice it. Just like the other types of penguins, yellow-eyed penguins love to eat so many types of fish, including red cod, aruhu, sprat, silverside, and opal fish.

The yellow Mongoose is such a small creature since their longest body only reached 33 cm. They have grey to yellowish coats that spread across their chin and underside.

Meanwhile, they have a brighter color on their limbs. There is almost no difference feature between males and females. However, if you notice it, the female ones are slightly smaller than the male ones.

In general, they are very quiet and even communicate with others using the movement of their tail.

They live in colonies since they are very social. In order to make the group’s territory, they will secrete feces and urine or rub their back on a certain object to leave their hair as the visual mark.

The next name of an animal that starts with Y is a yellow-bellied marmot. It is a squirrel but bigger.

You may find this animal in several areas of southwest Canada and certain areas of the United States. They love to stay in the steppes, pastures, alpine meadows, and forest edges.

Yellow-bellied marmot has brown to yellowish color fur. You will spot yellow patches right on their neck. Their ears are small and full of fur, along with a short muzzle.

They have poor eyesight but an amazing sense of hearing and smell. Those things are used for finding foods and being aware of predators.

They are so active during the day and will love to spend their time on the ground even though climbing is their specialty as well. Yellow-bellied marmot only eats herbs, seeds, flowers, and grass.

Yellow-billed hornbill is a distinctive bird that you may find easily in South Africa. Some people consider them as flying bananas since they have a curvy yellow bill like a banana.

They hunt for food on the ground and will forage for spiders, insects, and seeds. Snakes might be their food as well.

When they call others, they will produce a distinctive sound like clucking. Once one of them makes a call, the whole group will gather around and join to make a nice sound.

When they are inside their territory, you may see two hornbills sit side by side and click away with their spread-out winds. Some of them are solitary, but you may also find them gathering in a small group.

Yellow-billed stork is a type of bird. They have such intelligent and adaptive character. You will be blown by their ability to fish.

They will use one of their feet to stir up the water, and once they see their food, they will just take it with their bill easily.

This bird loves to look for their foods in marshes, rivers, and swamps. Their breeding time will happen one year-round for sure.

Yellow-billed stork could live up to more than 30 years. They eat anything, even meat, and worms.

However, they are hunted by lions, leopards, and cheetahs along with humans. You may easily spot them in East Africa, Madagascar, Zimbabwe, and Zambia

Yellow-crowned night-heron is a small one between all herons in the world. They have such a stocky body and thick necks along with a short pair of legs.

However, their head is pretty big and blocky, along with a short bill. They can fly, and there will be rounded and broad wings when they do so.

They have a pair of legs wrapped in bright yellow color. They stalk prey very slowly, after all. They love to eat crayfish and crabs.

You may find the yellow-crowned night heron in the mangroves, drainage ditches, saltmarshes, and wetlands.

Yellow-headed Caracara is one of the falcon family members. You may find this creature in the southern part of Central America and subtropical South America.

However, their speed in flying is not as fast as the real falcon. They are also not a keen aerial hunter. Still, they are good at one thing when it comes to finding food: scavenging.

This bird loves to live in forest edges, swamps, and savannas. Just like other falcons, this bird eats so many things like small animals, amphibians, and reptiles.

Sometimes, they also eat birds. The yellow-headed caracara is popular for clearing the ranching of cattle. Nowadays, this bird is fairly common in Trinidad.

Nowadays, there are 400,000 pairs of yellow-rumped siskins in the British. This bird is abundant in British for sure, and people keep them as a pet.

To recognize the male and female, you may look to their gray plumage. The male ones have a brighter color.

Yellow-throated sandgrouse is a bird species that can be found in several countries of Africa. There are several subspecies under this species, and this is the end of animals that start with Y.

Yellow-necked spurfowl can be easily found in a pair or a group. They will stroll along with dirt road and raise the dust when they scratch, looking for food.

The male ones will fly on top of the termite mound and later will proclaim themselves by producing a very loud call.

Their conservation status is at risk, unfortunately. The male one could reach 40 cm in length while the females appear to be smaller.

They communicate with each other by using calls in a certain descending part. They will end the call in six parts. Yellow-necked spurfowl will look for their foods after the dawn.

Dusk is also the time when they are active. They will be anything like insects, and this is the reason why this animal will scratch for food in the cultivated area.